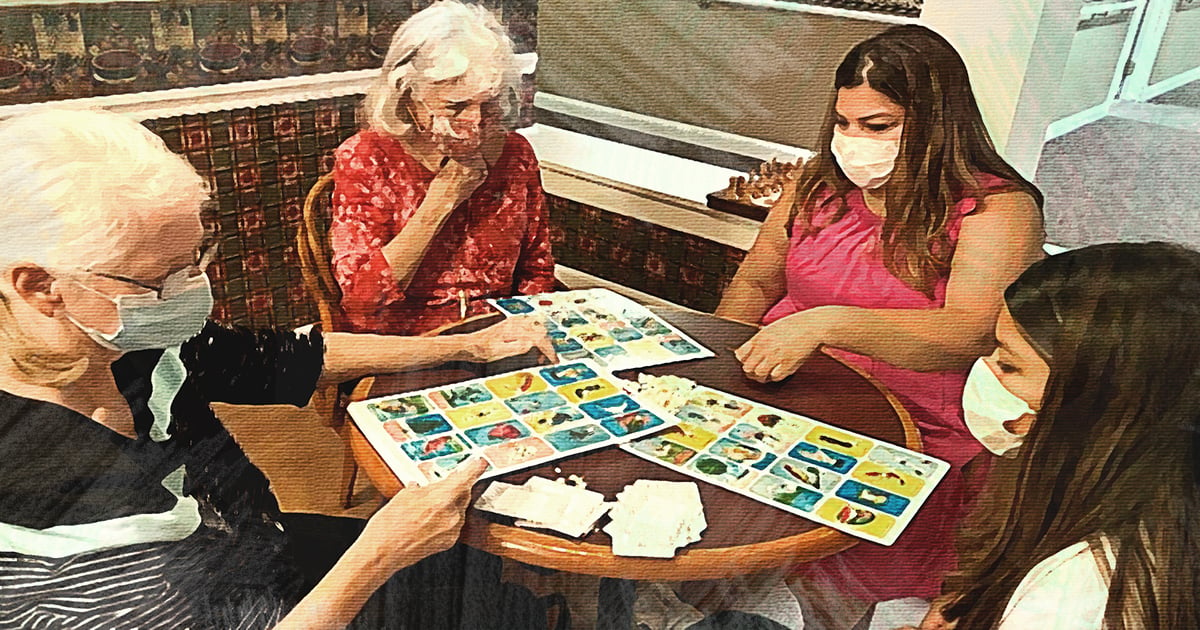 Hola! Español at The Birches...por qué?

Spanish Club at Birches Assisted Living and Memory Care has been an adventure in the making, born out of a passion for learning Spanish from resident Maureen Hamas.

Maureen is no stranger to the Spanish language. She began taking the required Spanish classes in high school but focused on a degree in nursing during college. She pursued a career as an RN/flight attendant, where she was motivated to continue learning and speaking Spanish so she could fly internationally.

Her Spanish proved helpful again when she moved from New York to Texas, where she lived for 30 years before returning to The Birches.

Maureen has never given up wanting to continue conversations and keep her Spanish sharp. Her journey at Birches Assisted Living and Memory Care has taken many roads, from speaking Spanish casually with staff to attending a Master Class during the pandemic and signing up for a few months of online Spanish through Babble.

But nothing seemed to be the right fit for Maureen until the volunteers from the National Charity League of Hinsdale signed up to help. The NCL is a group of mothers and daughters who volunteer their time together, serving various local communities.

This volunteer position wasn’t the same as calling a Bingo, but I reached out to see if any of the volunteers would want to tutor Maureen in Spanish. To my surprise, I ended up with an overwhelming response of volunteers!

Meanwhile, another resident (also a retired RN) was spotted speaking excellent Spanish to her cat, so we invited her to join the group, and that is how the Spanish Club evolved!

As most of our volunteers at Birches Assisted Living and Memory Care feel, Christy and her daughter Katelyn are so happy to be involved as Christy put it, “The residents are giving Katelyn a grandparent experience she would not have otherwise.

They are helping my daughter learn Spanish and showing her how learning a language can be fun. We laugh a lot!” The residents look forward to the mother-daughter team coming back each week, especially because they know they are helping Katelyn learn.

There are so many positive benefits from intergenerational programs; the learning and lessons go both ways. I’m never sure who ends up happier...the resident or the volunteers!